Volterra city history of the alabaster
Volterra is situated on the course of the era river, near the border between the provinces of Pisa, Firenze and Siena it is an ancient village, that has meant alabaster since always.

Volterra is a pictorsque town that maintained its medieval appareance intact. Walking between the villages, it is possible to appreciate the colour of Volterra, the pale ochre, of the local sandstone and the Panchino (another kind of stone), of which are built walls of the houses, the public palaces, the many houses and tower of the fourteenth- century and the paving of the roads (cars are usually forbidden to go). In the roads of the centre we find the shops of the artisans of the alabaster that expose their product that are works of art.

A little history about Volterra
Volterra is a municipality of 11267 inhabitants is province of Pisa, the town, that is famous for the extraction and the processing of the alabaster, keeps a notable old part of Etruscan origins. From this period are preserved “Porta All’Arco”, wonderful preserved and “Porta Diana”, that preserves the blocks of the jambs. There are also Roman ruins and the “Palazzo dei Priori” situated on the square of the same name.

Obviously, the name of the town has Etruscan origins, but later it was adapted to the latin Volterrae. The prefix later VEL (of the Etruscan origins) is to be noted and means “Hill”. Velathri (the ancient name of Volterra) belonged to the Etruscan confederation called “dedacopoli” or “Lucumone”. The king was called “Luchumon”.

The calanchi of Volterra
The landscape of Volterra is characterized by the calanchi, that make it one of the most beautiful towns of Tuscany. Going back up from “Molino d’ Era” to Volterra, we remain dazzled by the change of the panorama, so to make us stoop for looking at the wonderfuls of the splendid Tuscany.

The hills and the calanchi make the gentle slope a pleasant stroll, that brings us near “le Balze”, a natural creation by which we remain spellbound. Le Balze is situated near the town, on the south-west part of the hil of Volterra between Val di Cecina and Valle dell’Era.

The features about that are determinated by the geological peculiarity of this area, that is subject to many longslides and kinds of erosion, typical of clayey grounds.

This phenomena is progressively increased by permeability of the sands that lead to a quick seepage of meteoric waters until the level of the clay. This creates a spectacular morphologic situation, that is the vertical walls (created by the landslide) make the typical morphologic of Le Balze, with the calanchi lying below.The area of le Balze is of 88,86 hectares. 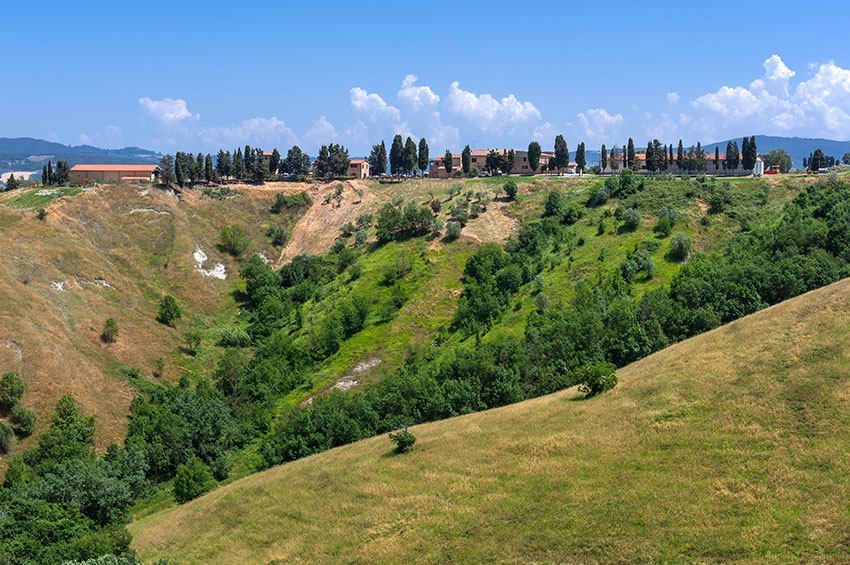 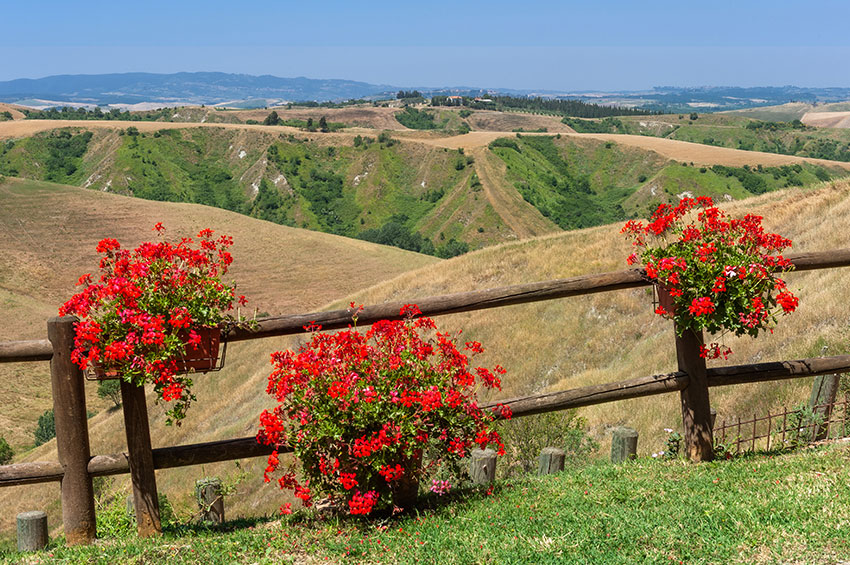 SAVE & ACCEPT
Go to Top